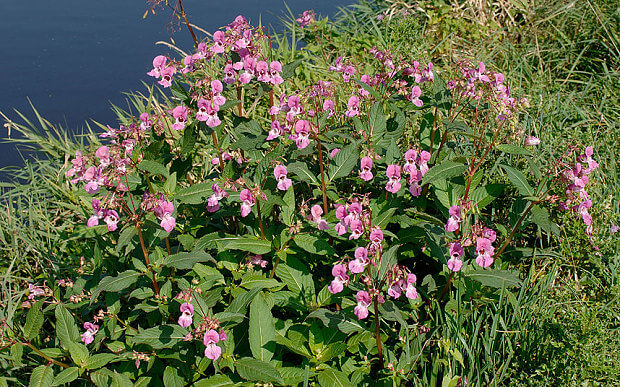 Originally introduced by Victorian gardeners in 1839, Himalayan Balsam is now one of the most invasive species in the UK. It is known to be the largest annual plant in Britain, and you are likely to see it growing along riverbanks and streams due to the rate at which it has spread. How is it that such an attractive plant is now listed under Section 14 of the Wildlife and Countryside Act 1981?

Himalayan Balsam can tolerate low light levels and due to the extent of the growth, it creates a pseudo woodland meaning that any other plants growing within close proximity are shadowed, therefore inhibiting their growth. Add this to the fact that it can erode riverbanks, therefore, result in flooding, it comes as no surprise that allowing Himalayan Balsam to spread into the wild can lead to prosecution.

Identification of Himalayan Balsam is very important, as it is advised that if you note the presence of it in your garden, you should take steps to remove it from the site. Each plant can produce as much as 800 seeds and therefore removal should be undertaken in the winter months when the plant is in a dormant state. Himalayan Balsam has serrated green leaves which span approximately 5-8cm and the flower itself is pink/purple in colour throughout the summer months. The stem is green in the autumn months but tends to change into red colour towards the end of the year.

If you think you may have Himalayan Balsam growing in your garden, get in touch with the experts today on 0800 1337 444.