Japanese knotweed (Fallopia japonica) is a particularly invasive and difficult to control the perennial weed. In fact, it is listed in the top 100 most invasive plants in the world which thrives on disturbance. The tiniest piece can re-grow and it has been spread by both natural means and by human activity. Its vigorous growth excludes almost all of our native species, which cannot compete with the tall summer growth. Serious damage can be caused to buildings, foundations and hard paved areas e.g. tarmac and concrete slabs, by the ever-growing underground roots and shoots.

Japanese knotweed begins to grow in March / April time. It can grow to 3m (12ft) in one season and then it dies back during the winter. This process leaves tall stems that can take over two years to rot down.

Things to look for when identifying Japanese knotweed:

In early spring look out for red/purple shoots appearing through the ground which grow rapidly into canes – these too are characteristic in their red/purple colour. 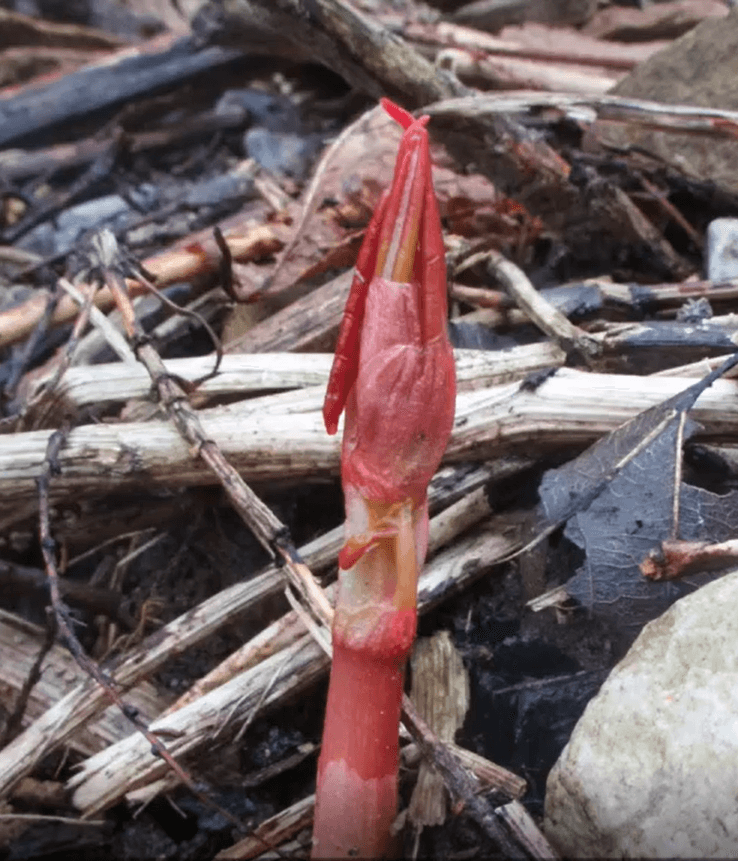 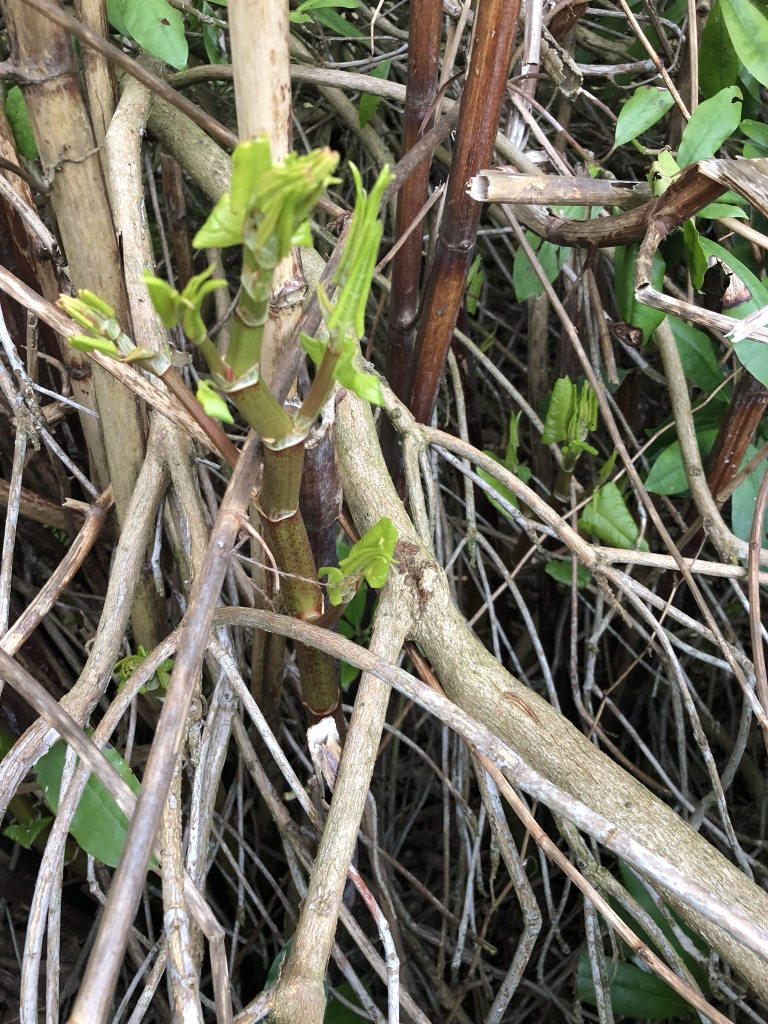 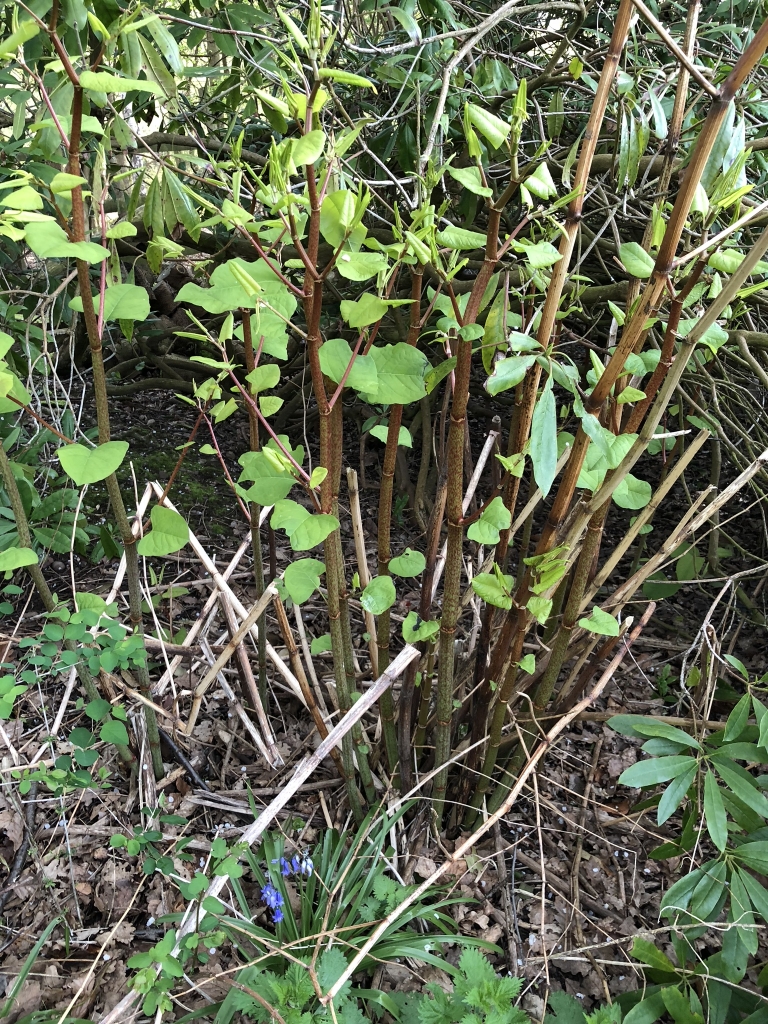 By early summer the plants will be fully grown. Japanese knotweed has hollow stems with a distinctive purple speckle and its stems can reach a maximum height of 3 to 4 metres in a growing season. Japanese knotweed grows very close together in dense patches with green heart-shaped leaves. 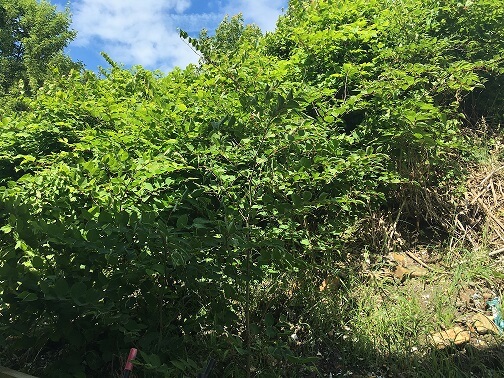 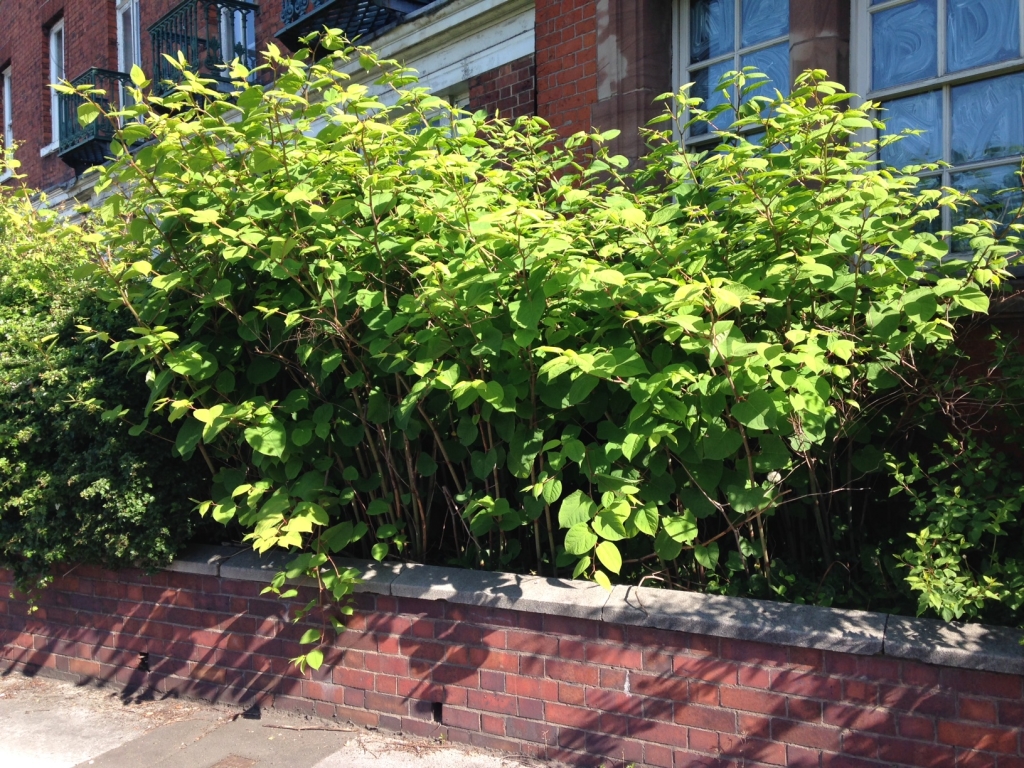 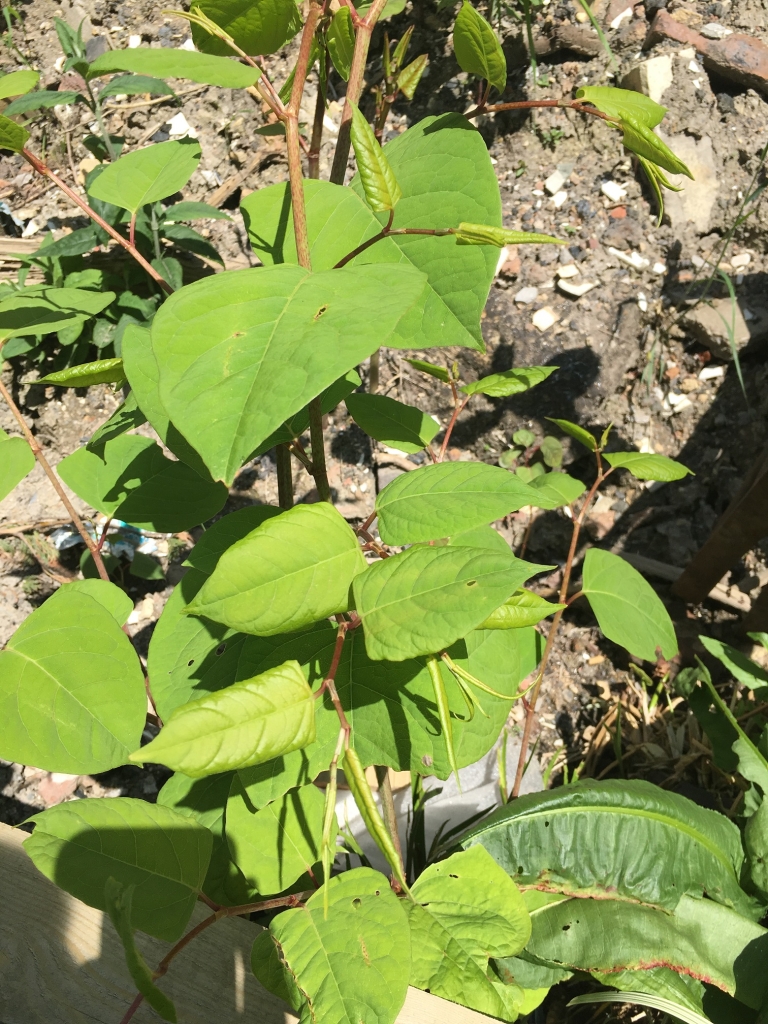 Later in the summer, from around August to October, clusters of creamy white flowers appear on the plant. These provide a great source of nectar for insects so look out for an influx of insects to your garden when identifying Japanese knotweed in the summertime. 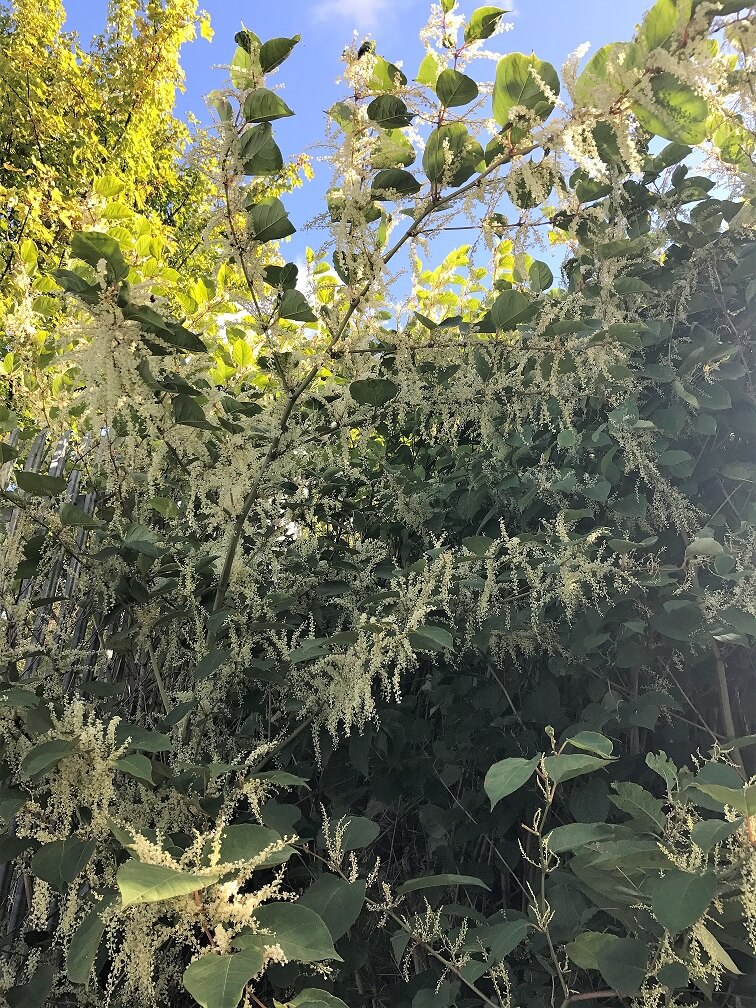 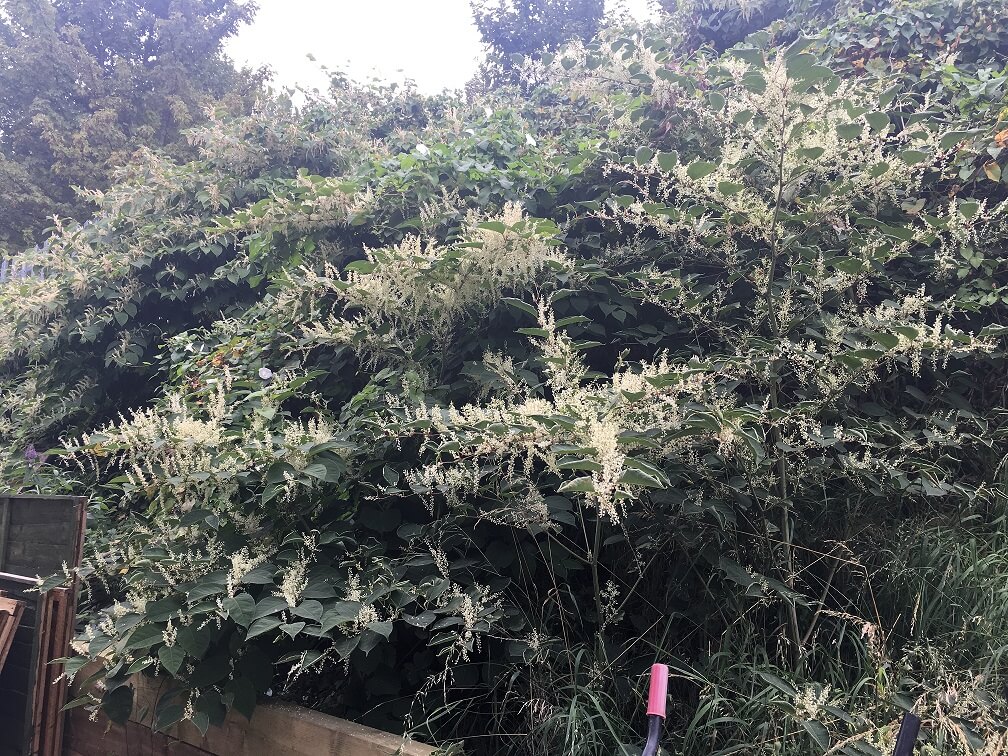 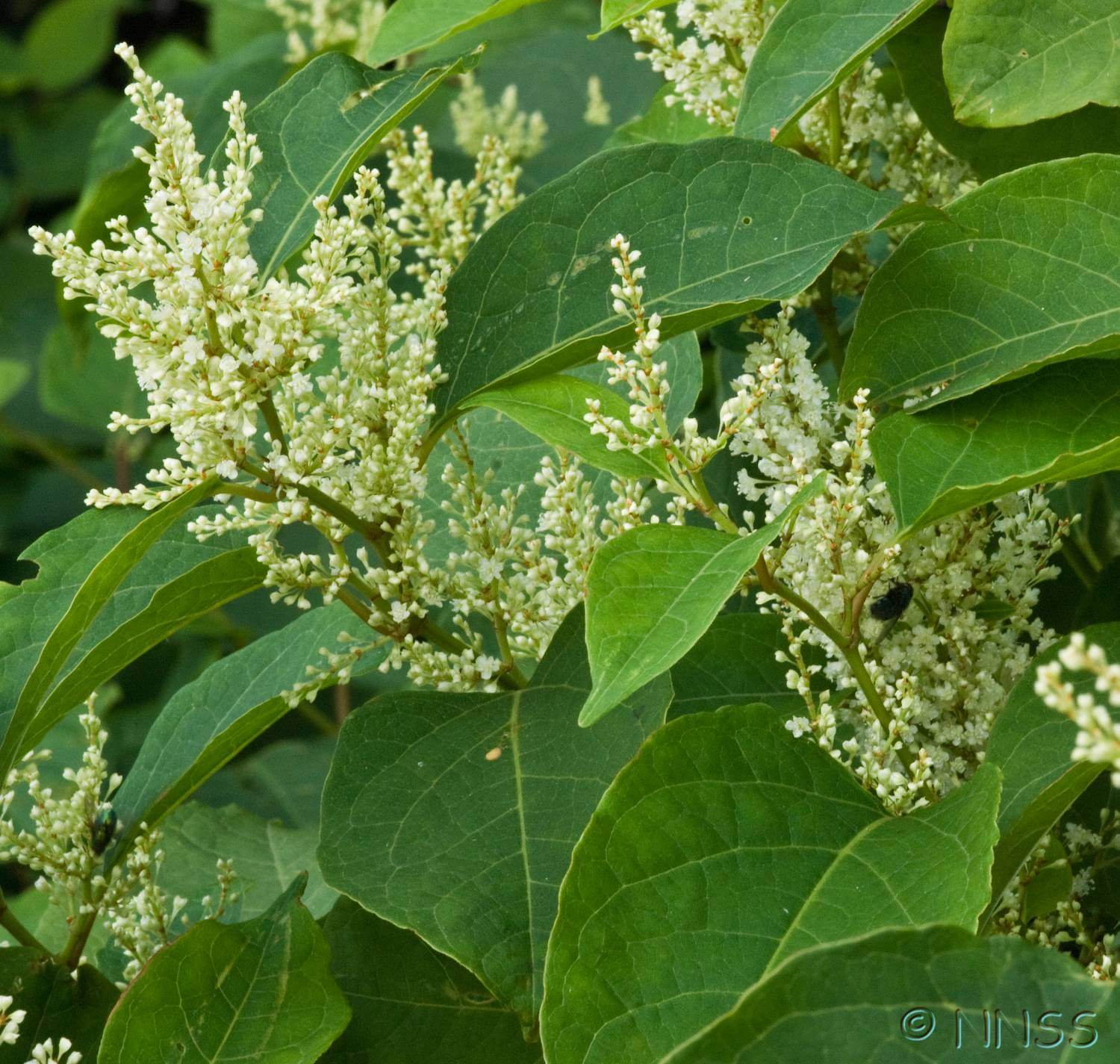 As we move into winter the leaves will fall from the plant and the canes will die.  The canes turn brown and have a dark orange centre. The canes stay standing throughout the winter months and can occasionally be seen amongst the new stands the following summer. 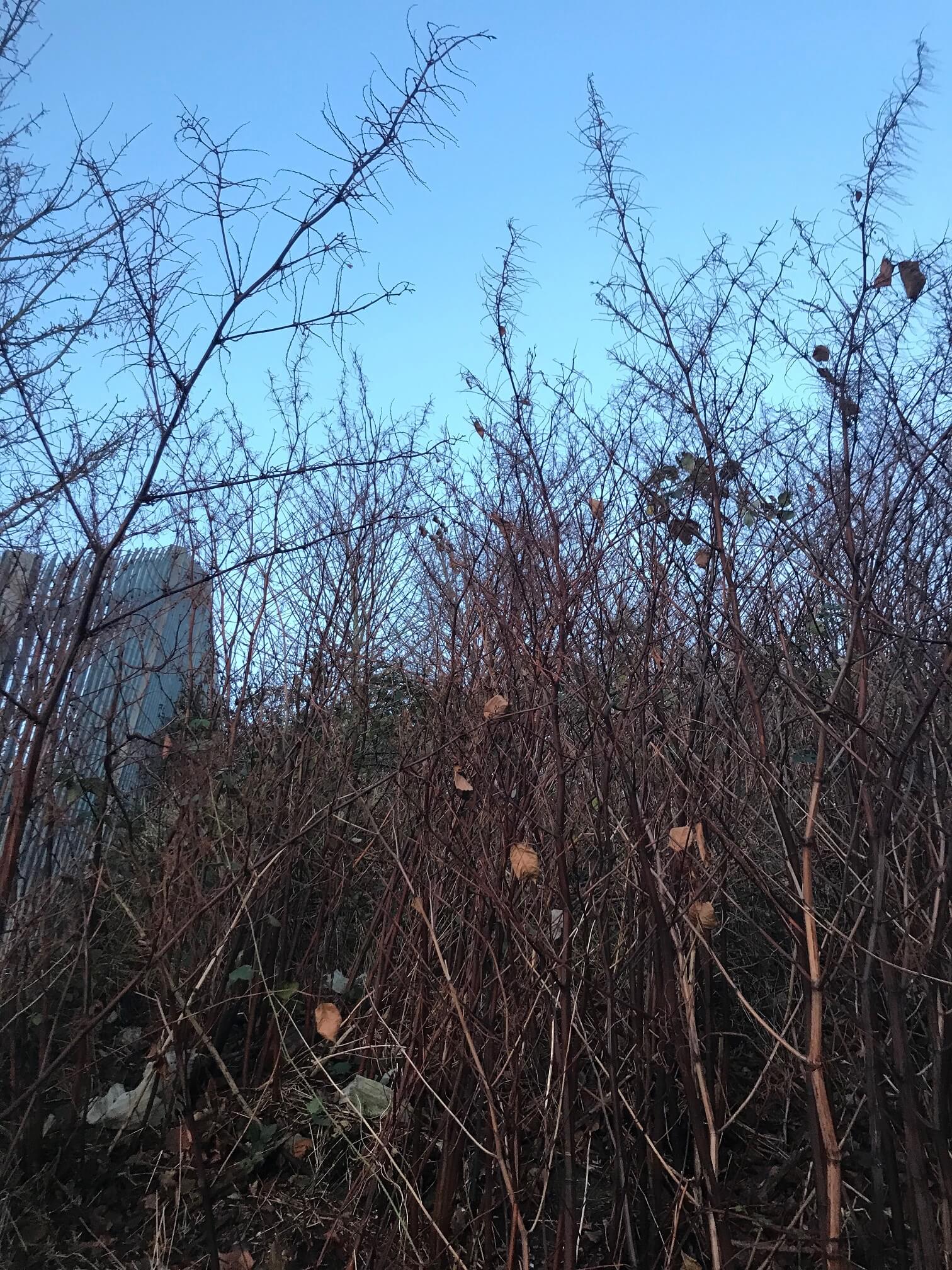 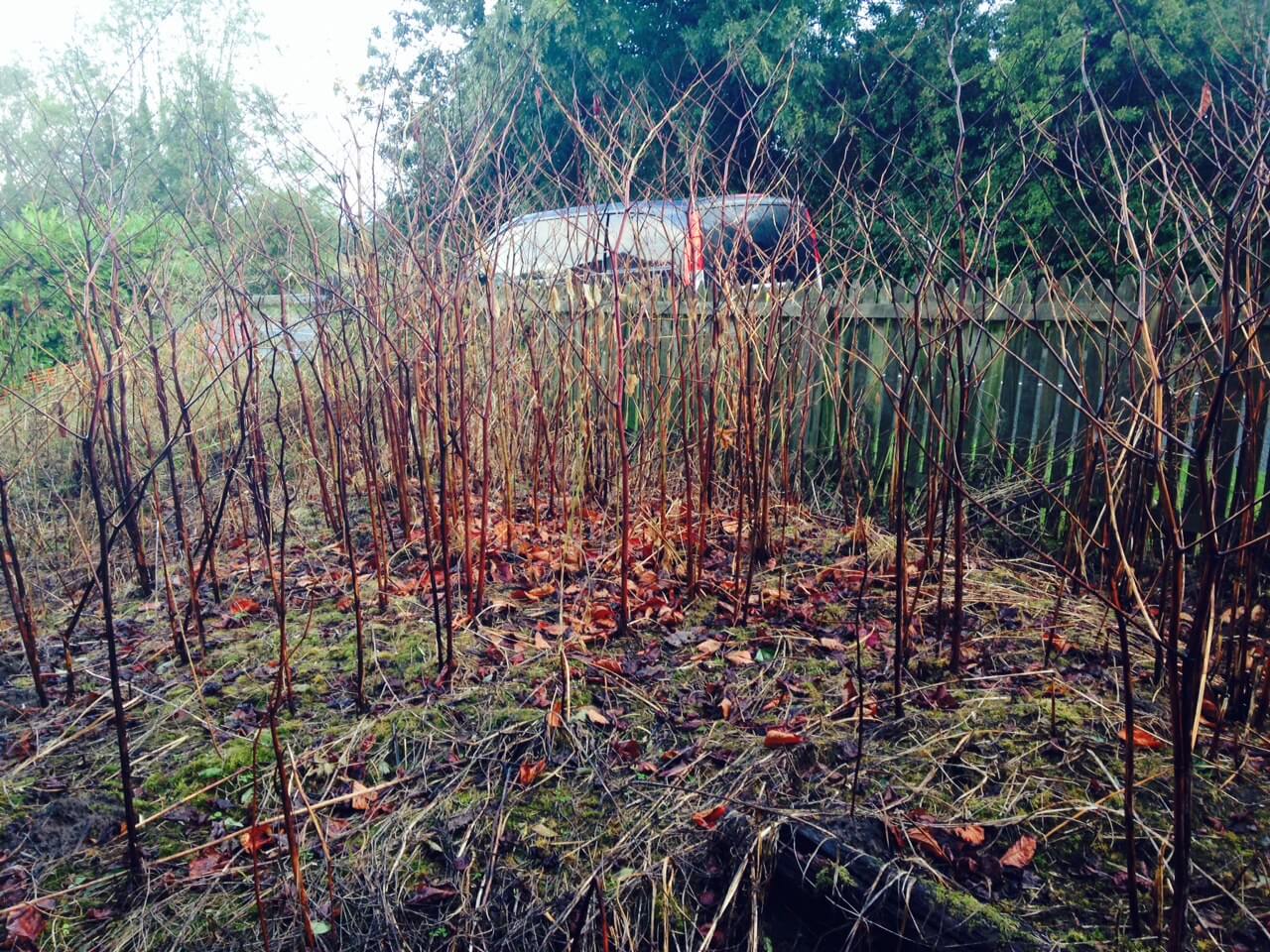 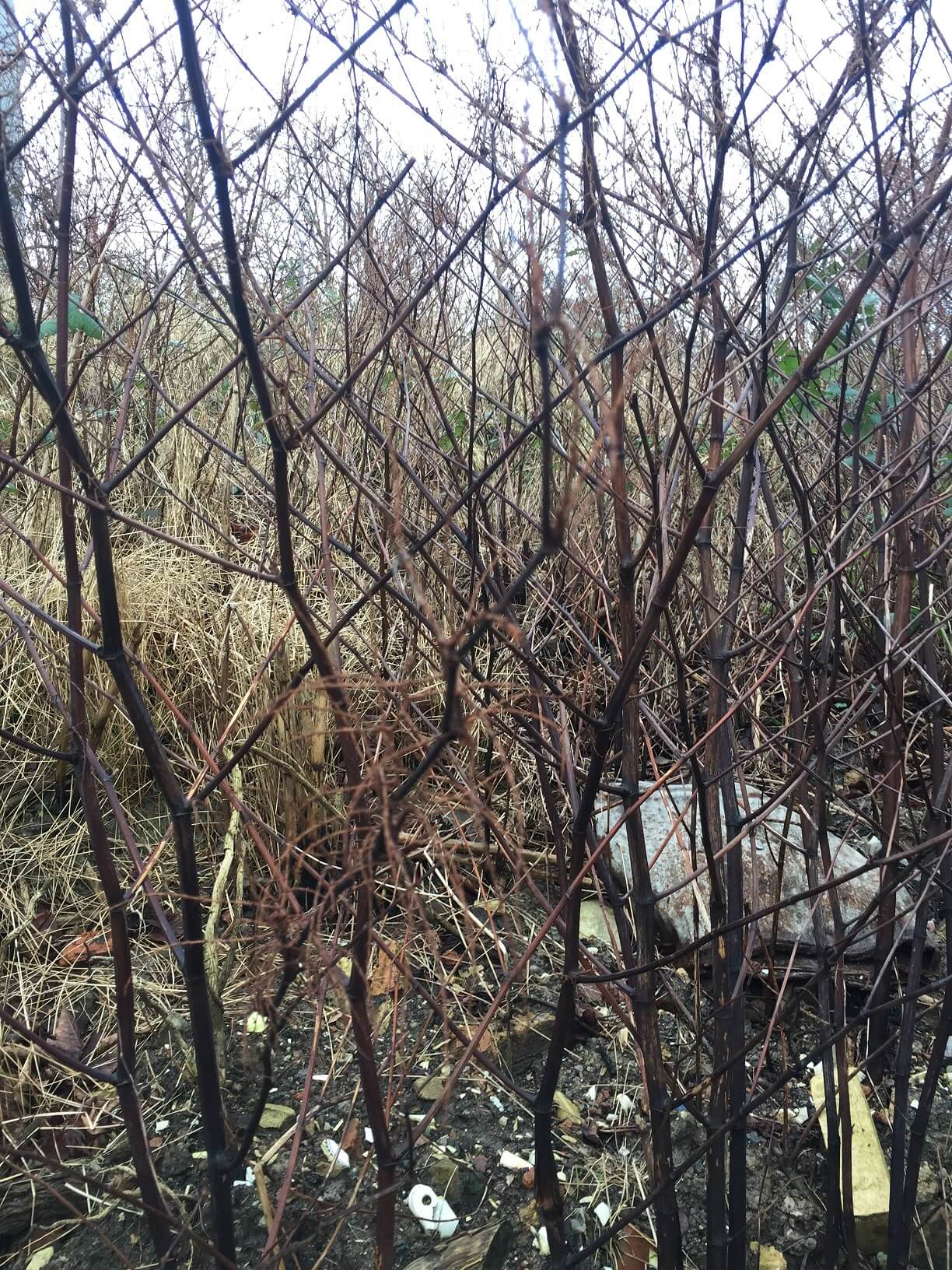 The invasive root system, combined with strong growth, can damage foundations, buildings, roads, paving, retaining walls and architectural sites. It can grow up to 40mm per day- that is 1.2 metres per month! It can grow through concrete and tarmac and it spreads very rapidly.

The rhizome root system is very knotty and woody in appearance but if snapped it appears orange. This photograph shows an example of this. The depth of the roots can be up to 2 metres. However, the spread is more as it can be as much as 7 metres in any direction from the parent plant.

Regeneration can occur from a piece of plant as small as 0.7g of root material or a 10mm length of root. The rhizome root material can remain dormant for up to 20 years.