Common Elder has similar foliage as Japanese Knotweed, which can be difficult to distinguish between occasionally. It has pinnate leaves which turn pale yellow in autumn. During early summer, it flowers flat sprays of small creamy-white flowers. However, these are then followed by red, white, or black berries. It is classed as an invasive weed due to its fast-growing nature.  Common Elder is commonly found on land that has been uncultivated for some years but can be found in residential gardens.

It is, however, a valuable fruit producing tree and can also be used in cottage style gardens to create a fine hedge. It can grow 6ft in a year which is why it is classed as an invasive species. To grow this in your garden you would need to be an experienced gardener. You would need to cut it hard back each year to keep it under control. If you aren’t careful, you could end up with a big problem on your hands.

The green foliage appears like Japanese knotweed, but it does not produce fruit and it flowers in later summer/early autumn. Japanese Knotweed leaves are also heart shaped and have smooth edges, whereas the leaves of a Common Elder have jagged edges. It also has a hollow stem, like Japanese Knotweed.

To learn more about how to correctly identify Japanese Knotweed click here. 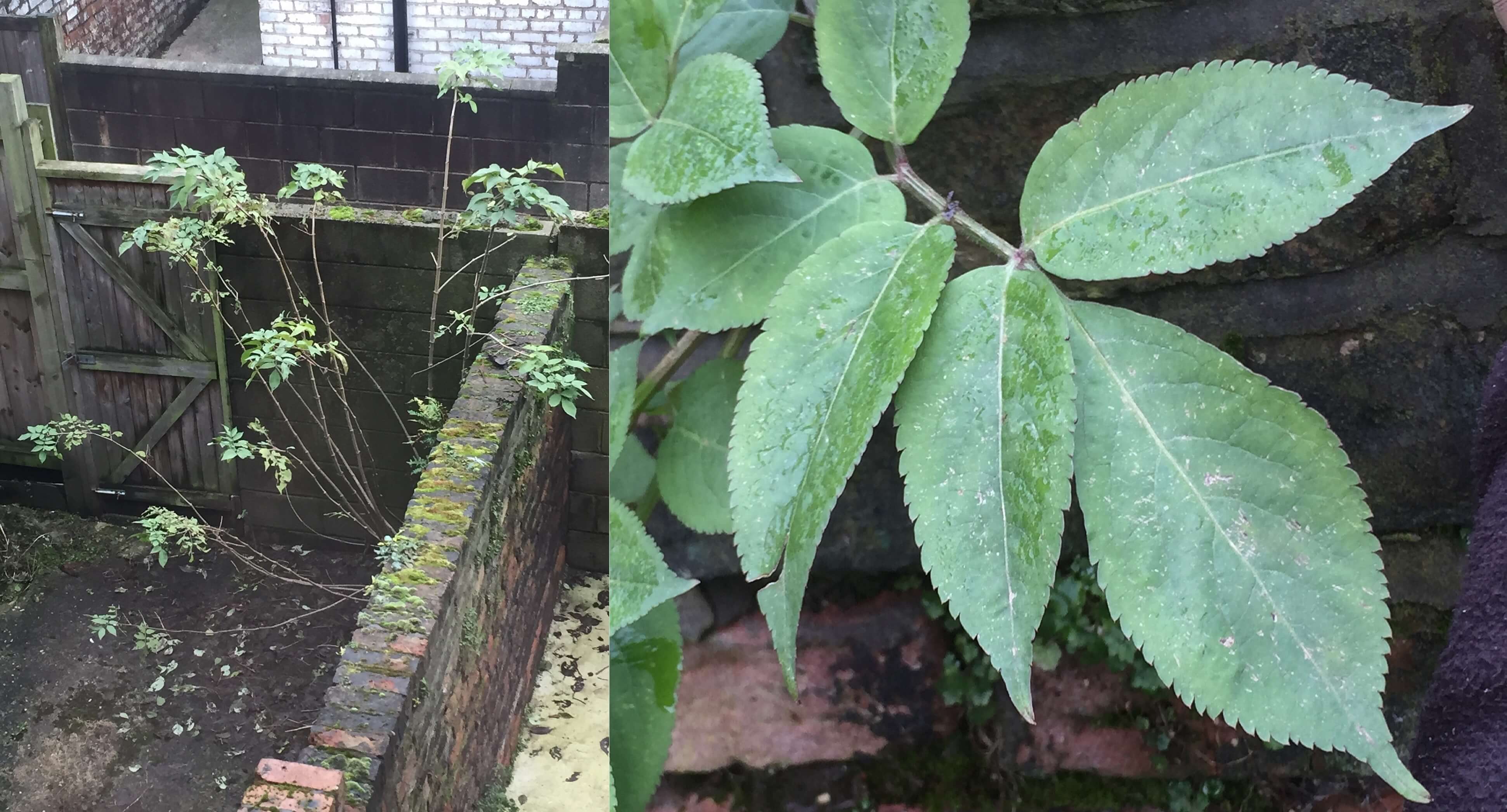