Knotweed and Rhododendron threatening the beautiful Corrieshalloch Gorge, near Ullapool

Knotweed and Rhododendron threatening the beautiful Corrieshalloch Gorge, near Ullapool 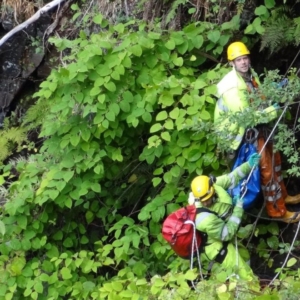 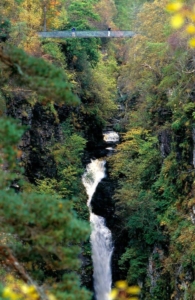 the side of Corrieshalloch Gorge.

Due to the growth of these invasive weeds, other species are struggling to grow and soon the Rhododendron will soon block out the sunlight for this beautiful view. The Japanese Knotweeds invasive roots are threatening the embankment and could cause this to become loose as the roots grow further afield.

Treatment has started on the invasive weeds as workers scramble into the gorge to spray and inject with herbicide to try and eradicate the species. By starting a treatment program, the other species growing in the gorge will have a better chance of survival. It isn’t just shrubs and perennials that will suffer if the weeds aren’t treated, wildlife such as squirrels, eagles, and ravens depend on the foliage in the gorge.

The National Trust has planned to spend £60 million over the next five years to deal with the problem.